[Excerpt from The Culture Question]

One of the problems with motivation is that we often don’t consider who actually wants the work to be done. It is typically a leader who wants work done in a particular way or within a precise time frame. It is their motivation that is the impetus for action. Many leaders provide negative or positive reinforcement in an effort to motivate employees to accomplish required work in their preferred manner. In these cases, it is not the employee’s own motivation that primarily initiates and drives the work.

Recently, I, Wendy, was struggling to convince my son to clean his room. After several unsuccessful reminders, I issued some negative reinforcement in the form of a potential punishment: “Clean your room or I’ll take your phone away.” In this scenario, I was the one who was highly motivated for his room to be clean. My threat of negative reinforcement did work, and my son reluctantly cleaned his room, but a week later it was back to its original disheveled state, and he was in no way disturbed by its return to chaos.

Learning from my mistake, I thought I’d offer some positive reinforcement instead, in the form of a bribe: “If you clean your room, I’ll give you some extra money for your weekend plans.” Again, it worked, and he cleaned his room. But a week later – you guessed it – the room was a mess. This time when I reminded him to clean it up, he asked me what I would give him in return!

In our attempts to motivate actions, we often resort to what Herzberg calls KITA (Kick In The Ass) motivators. These types of motivators can be either positive or negative reinforcements, as in the examples above. They typically sound something like, “Do this or else” (negative) or, “Do this and you will get something in return” (positive). Though these motivators may lead to desired outcomes, the results are often short-lived and unsustainable, even leading to negative consequences in the long run. Unfortunately, KITA motivators are still widely used by parents, schools, and businesses.

In his book The Best Place to Work, Ron Friedman explains that “it’s [the] feeling of personal ownership that inspires employees to be driven by their own interests, curiosity, and desires to succeed.” The reality is that we, as leaders, cannot motivate our employees. Ultimately, we need to recognize that long-term motivation comes from within.

Instead of trying to motivate employees, your task as a leader is to find out what already motivates them. This is a subtle but profound shift. It’s not what you do to your employees that will engage them, but rather the opportunities for fulfillment you provide them with that will ultimately tap into their motivation for doing their best work. Pay attention to what is important to them – it is their motivation you are aiming to stimulate.

Instead of trying to motivate employees, your task as a leader is to find out what already motivates them.

Returning to the story of my son’s mess, my third attempt at motivating him was more successful. We sat down and had a conversation. I asked him why he wasn’t cleaning his room, and why the mess didn’t bother him. He responded by telling me that his room wasn’t his favorite place to be. For context, a few months earlier, his sister had left for university, and we had moved my son into her now empty room. Though he had long outgrown his old bedroom, it turned out that he hadn’t settled into the new space. He didn’t like the color or décor, and it felt stark to him.

Together, we planned some changes. We took a few trips to IKEA, set up his electric piano in the corner, and put up several basketball posters. These adjustments – along with a very big laundry hamper – were all it took to make the room feel right to him. He quickly took pride in his new space, and he began to keep it clean.

Providing KITA motivators for work can have unanticipated consequences. When you reward people with incentives beyond their salary, the incentives often become an expectation. And if you decide to remove the reward, it may be perceived as a punishment. This past year, we’ve had conversations with several clients who have asked about the value of incentives for their employees. One leader we spoke with stated that the employee incentive program they had implemented was having the opposite effect they had hoped for. Employees had become unwilling to help their coworkers and were not willing to go above and beyond unless they had an additional incentive.

Lessons from I Love Lucy

In a memorable scene from I Love Lucy, Lucy and her coworker Ethel – who find themselves working in a chocolate factory – are informed that they are responsible for wrapping each candy that passes by them on a conveyor belt. They are told that if one candy gets by without a wrapper, they will be fired. The candies keep coming faster and faster, so Lucy and Ethel begin to gobble them up in hopes of meeting their supervisor’s expectations and getting their paychecks. Though this is a comical example, a similar thing can also happen in our workplaces – when our motivation systems are only based on punishments, they may end up producing the wrong behavior. 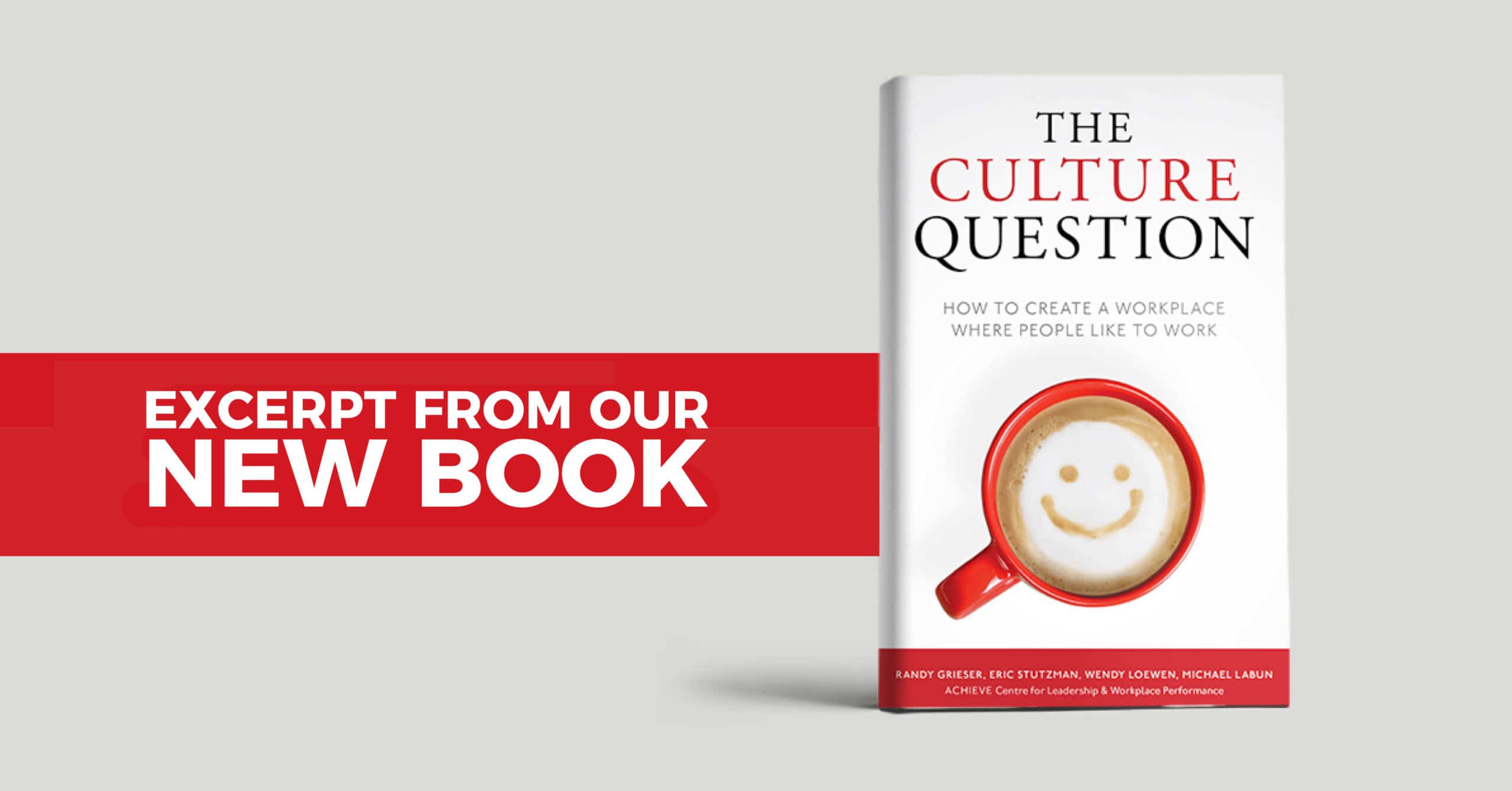 The Authors
This blog is an excerpt from ACHIEVE’s new book, The Culture Question: How to Create a Workplace Where People Like to Work. The authors are four members of ACHIEVE’s leadership team – Randy Grieser, Eric Stutzman, Wendy Loewen, and Michael Labun. The book is available now.